The exhibition traces the work as art director of Vogue Spain of Óscar Germade, between 2017 and 2021. The space is divided into four parts: Art Direction, linked to the visual part and design direction of the magazine. Covers, with a review of the work on covers of the last four years. “Making of”, where the design process of each part of the magazine is shown, from a technical and specific point of view.

Typography, with a purely visual retrospective of the design of Chamberí, ad-hoc typography designed by Íñigo Jerez for the magazine, which Eugenia de la Torriente, director of the magazine between January 2017 and December 2020, describes “Chamberí is a seemingly irreconcilable combination of rationality and exuberance. It starts from a very Cartesian skeleton, but has a final visual part of a more folkloric spirit, if it can be called that, thanks to a series of details that refer to Spanish tradition such as accents, crossbars and ascending curves. As it grows, it is playful, joyful and warm, and so far removed from its rational base that it is hard to recognize it.”

The sum of these spaces is a complete immersion in the work involved in the art direction of a fashion magazine today, with the complexity of inheriting the history of a masthead like Vogue, linked to figures of enormous transcendence such as Alexander Liberman: “art director of Vogue in the US and editorial director of Condé Nast, and who in his more than 50 years at the company laid the foundations of this masthead and many others. Liberman’s layouts were very simple because he made a very direct use of layout, with few flourishes in the text. In recent decades, the trend in fashion magazines has been precisely the opposite: many elements per page, shaped boxes…” (Eugenia de la Torriente).

This work of design and art direction is not only aware of the historical part but also of the complex moment in which the big publishing houses are living, adapted to a digital reality where they coexist with new visual proposals.

The tour ends with an extensive review of the Vogue covers of the last four years that, in an organic way, shows a definite evolution and a clear direction of the commitment to iconic covers, based on the image and memorable for the audience. 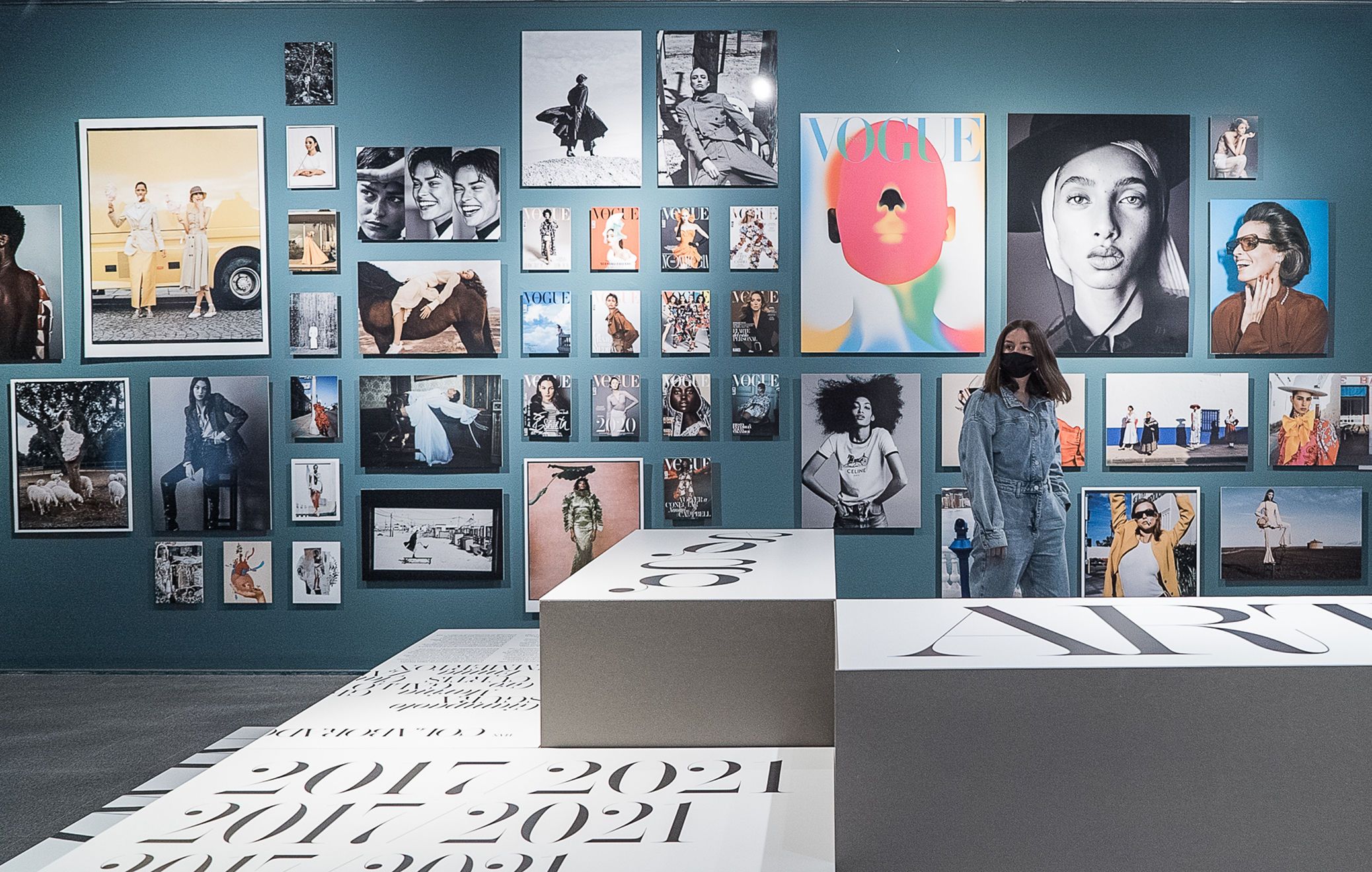 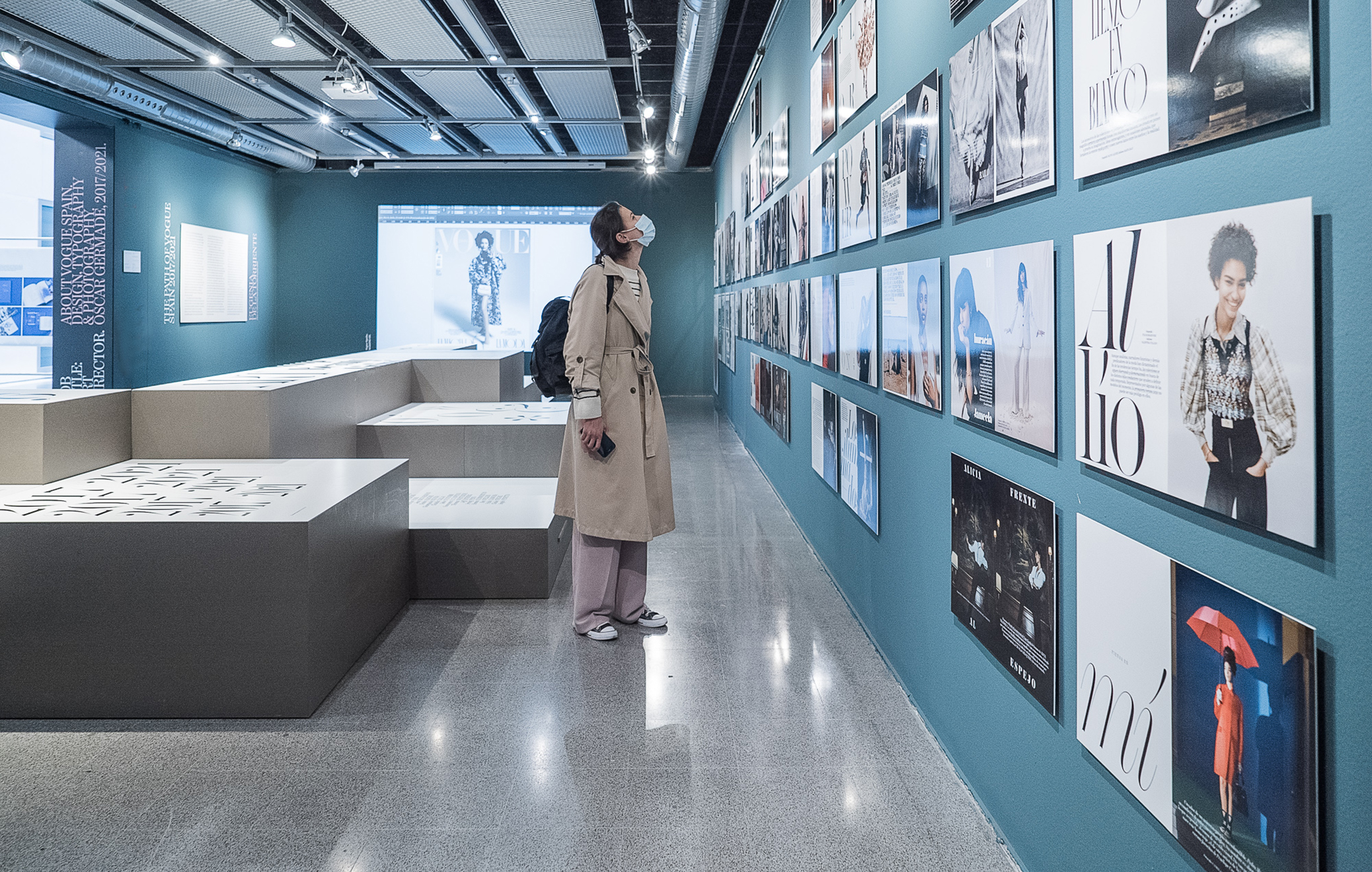 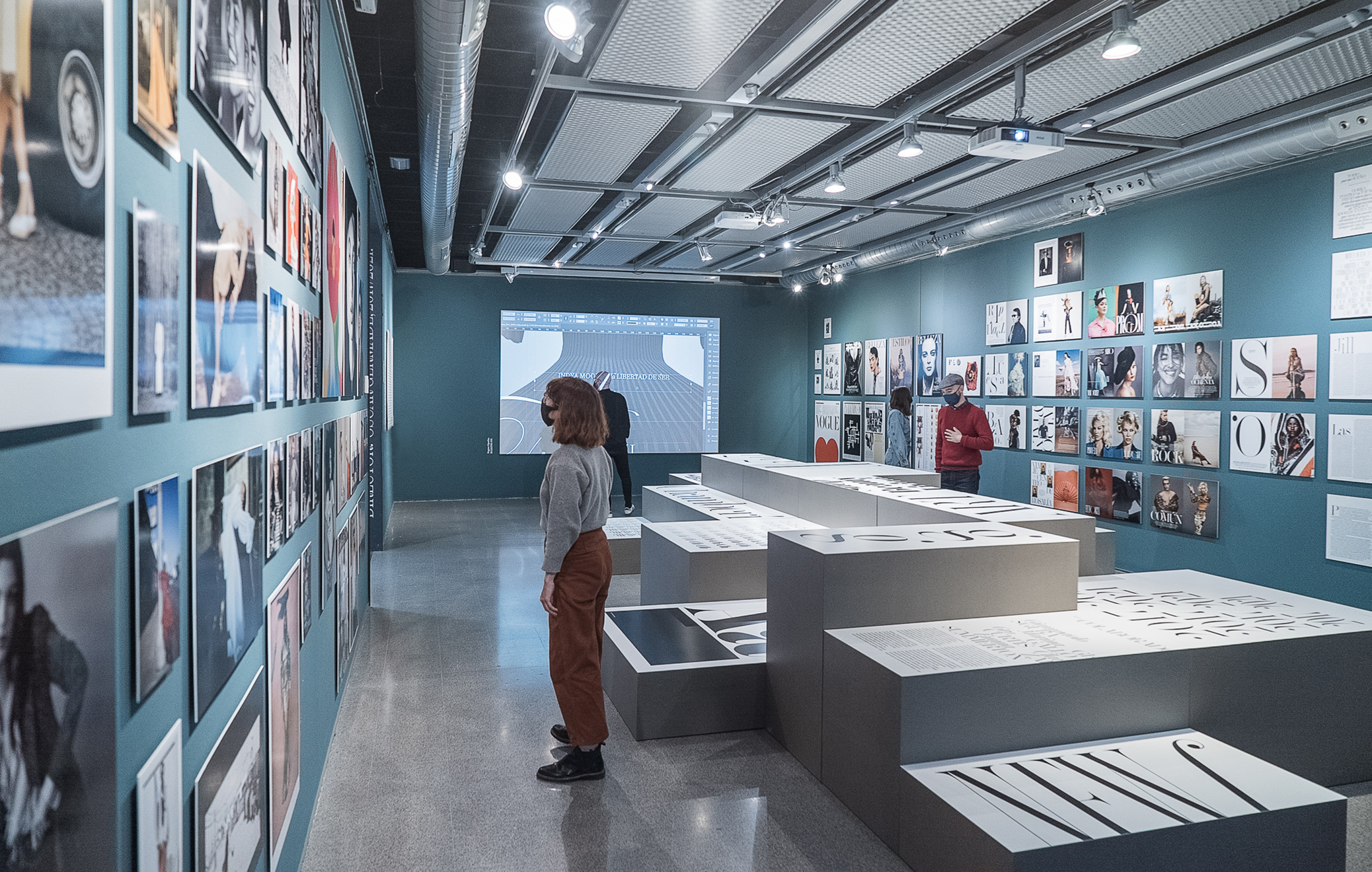 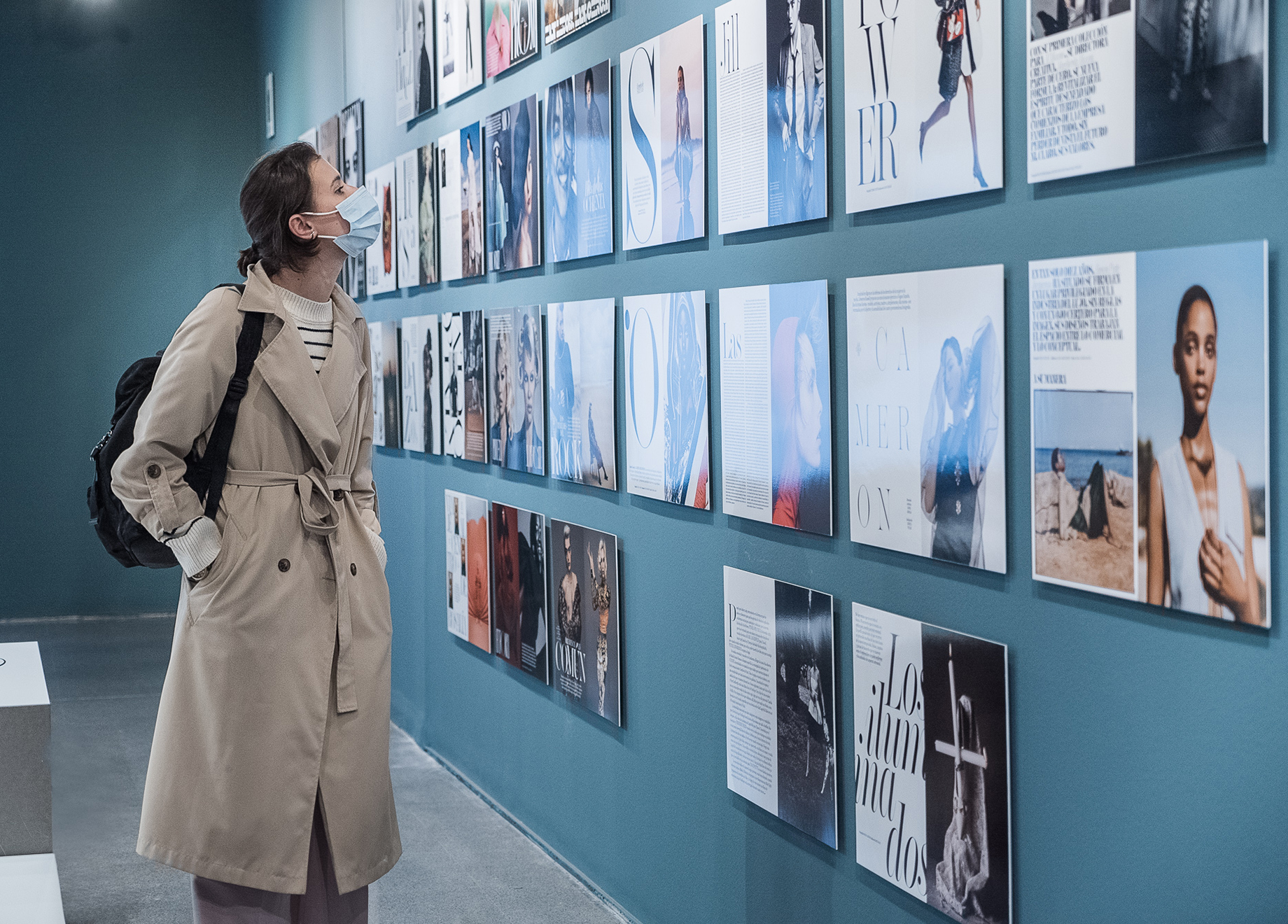 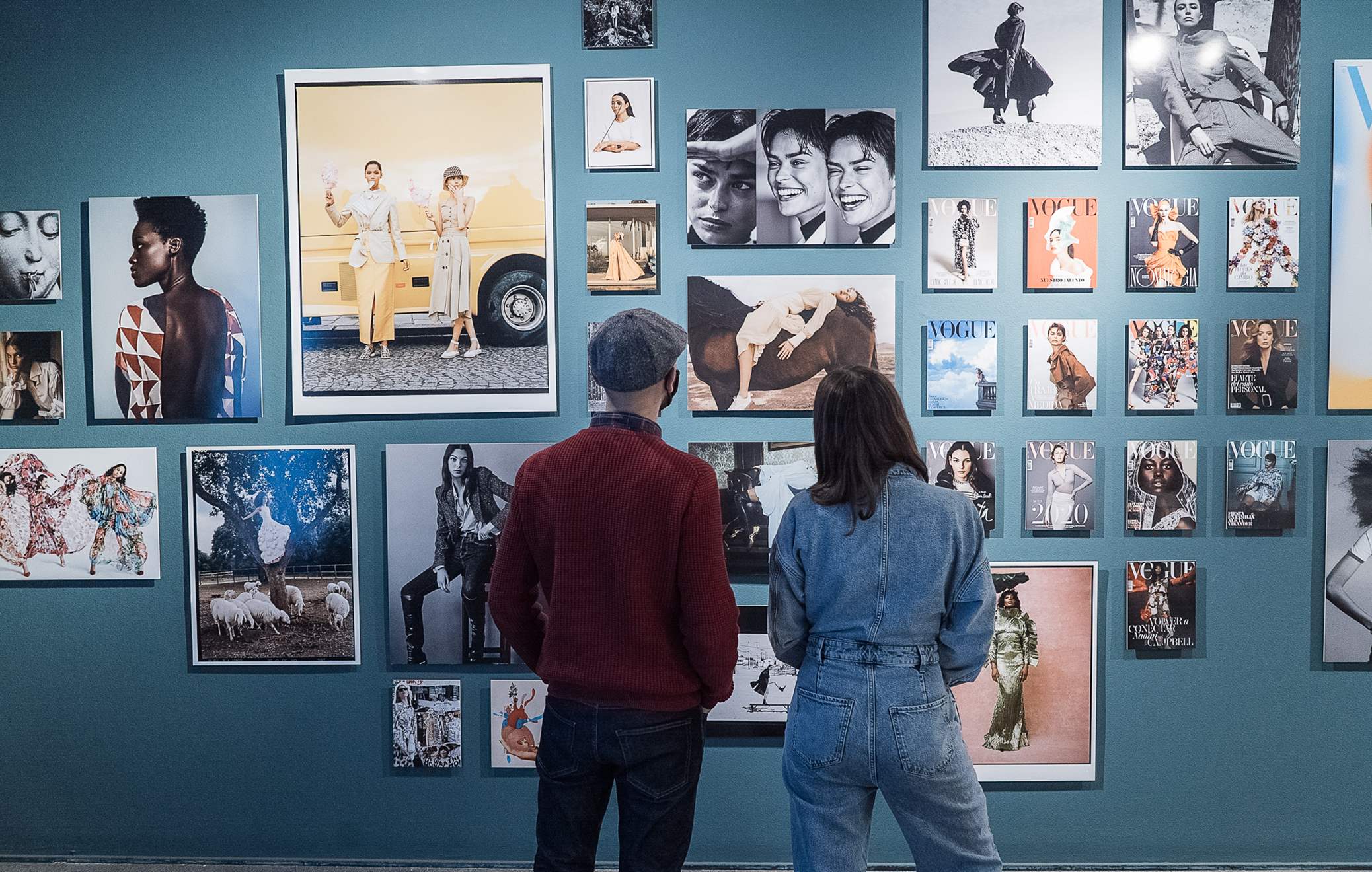 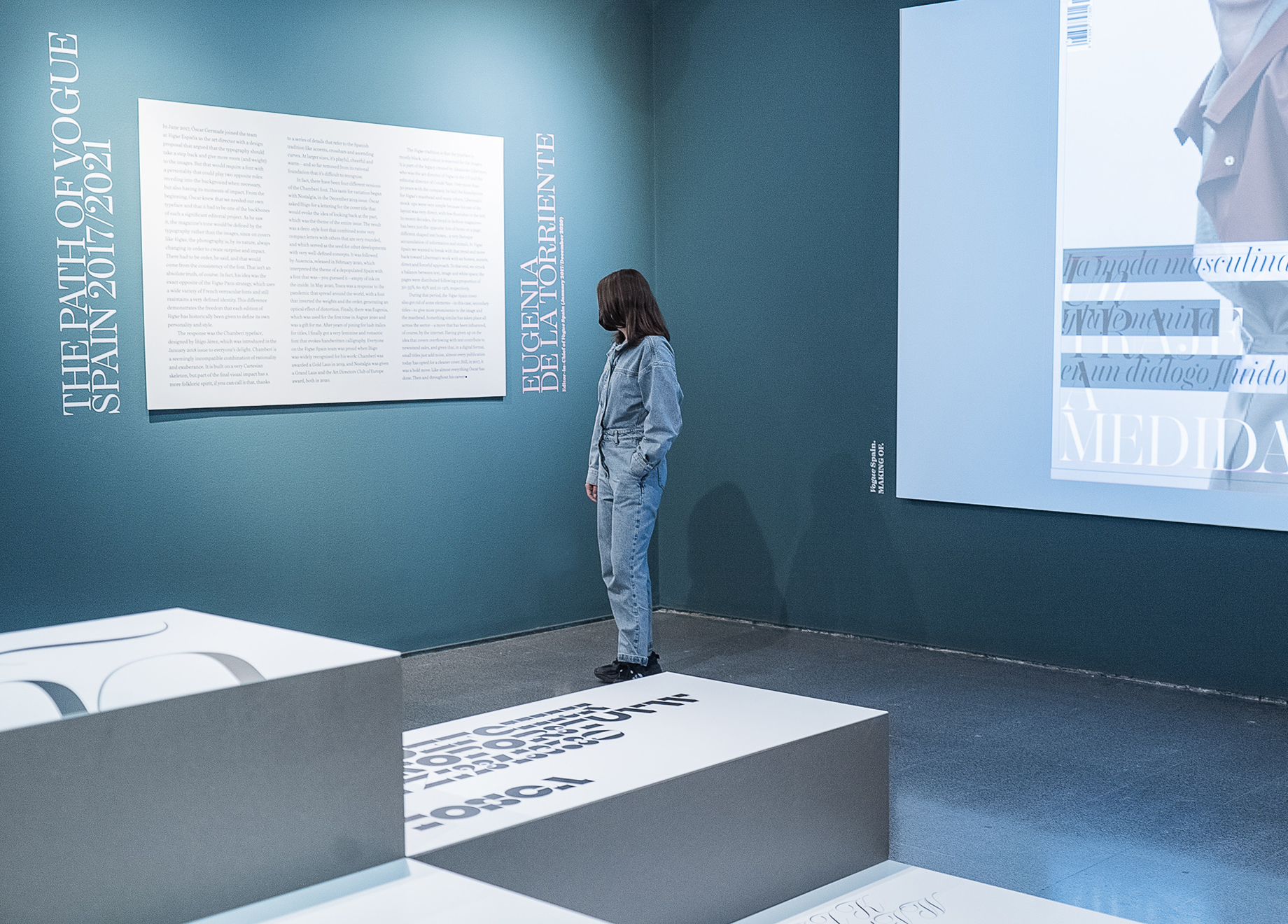 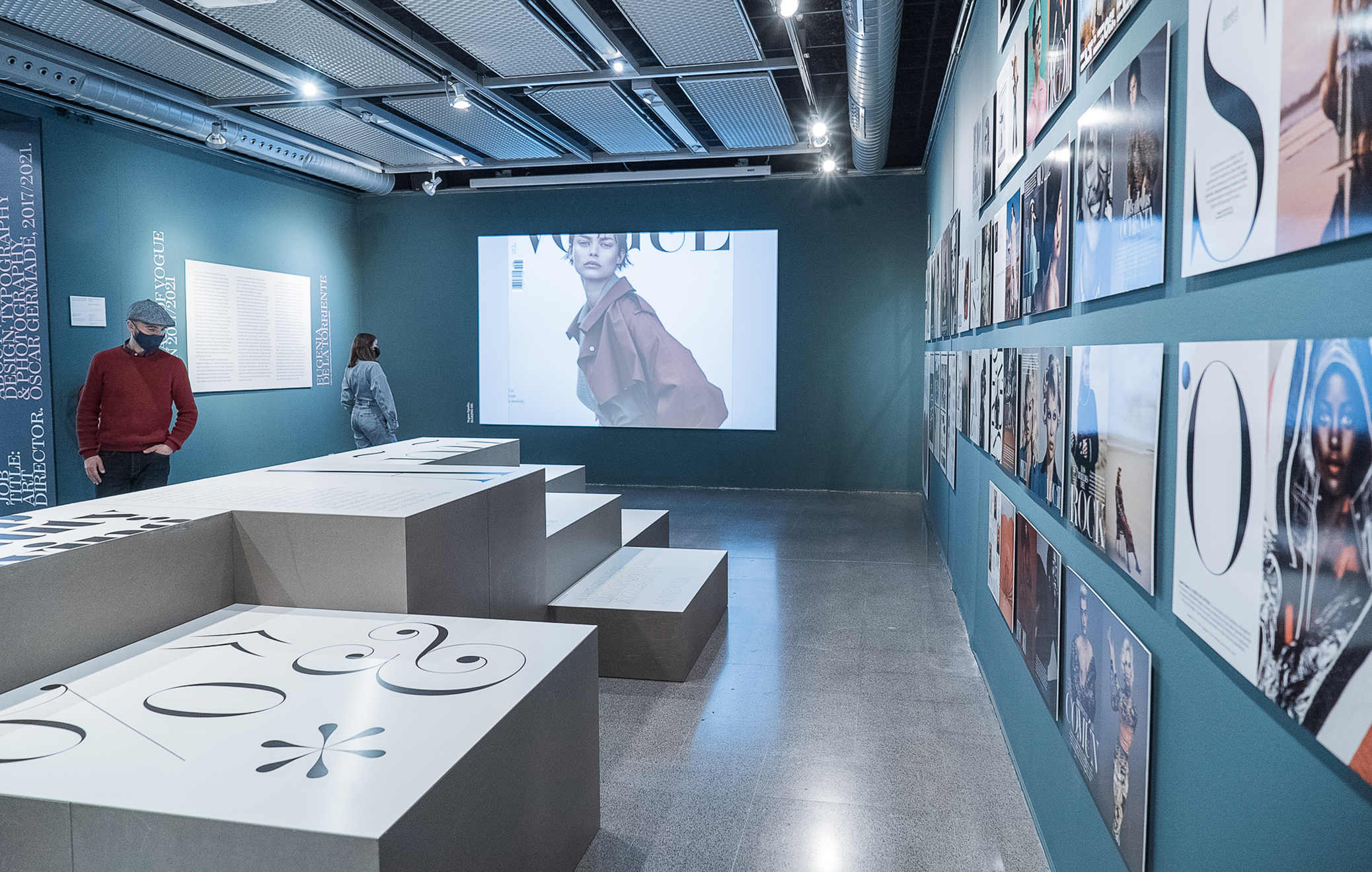 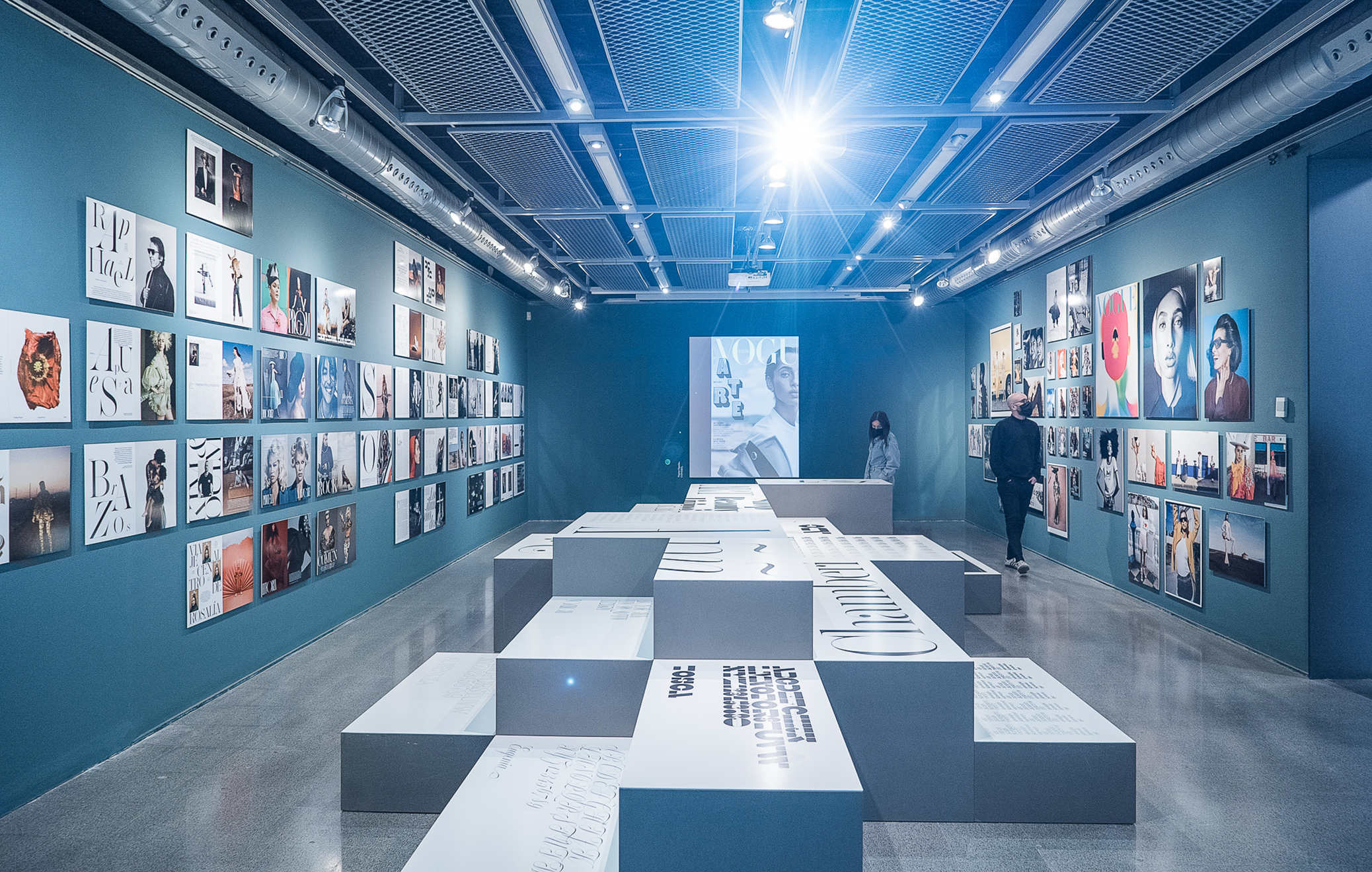 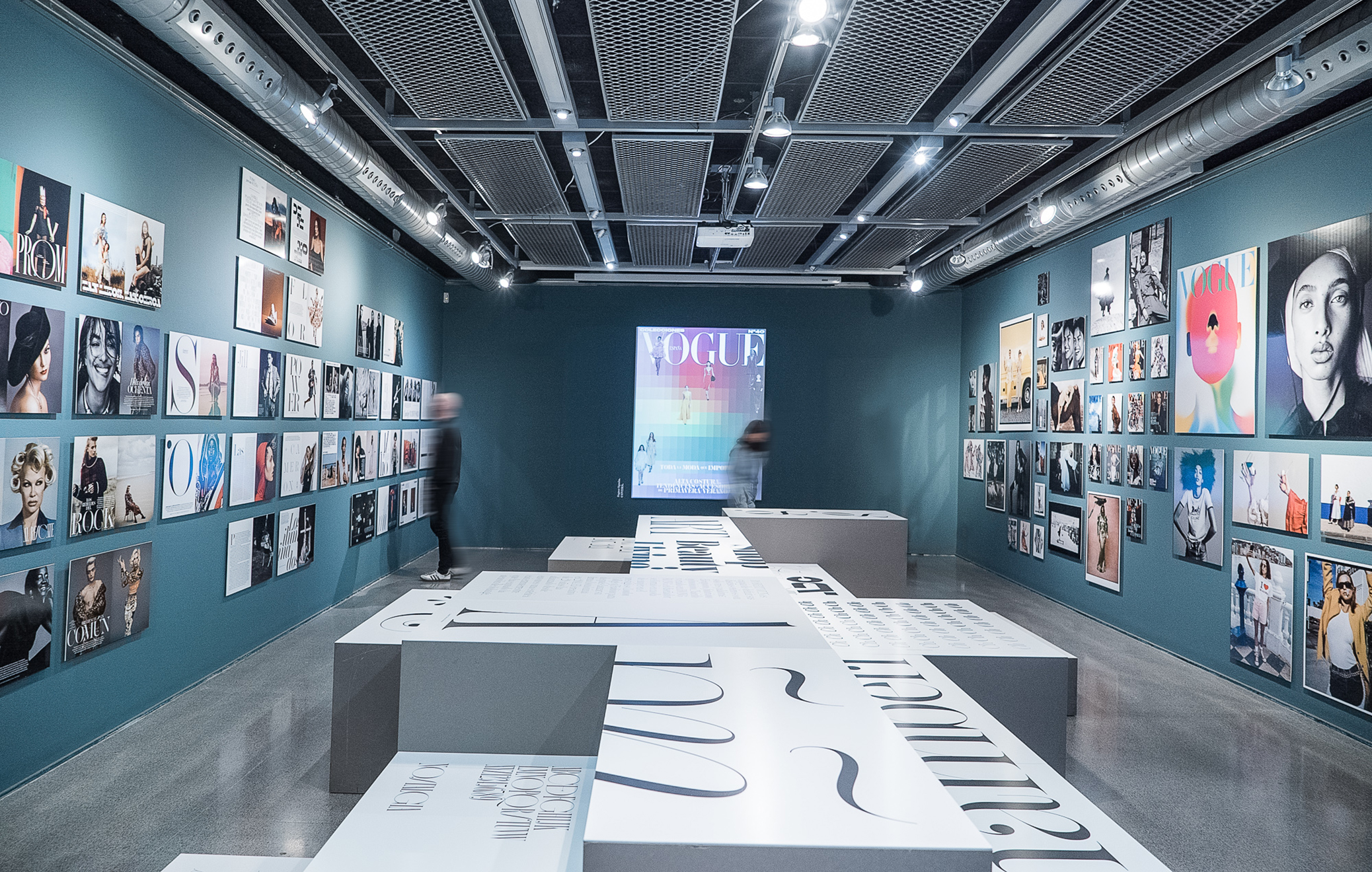 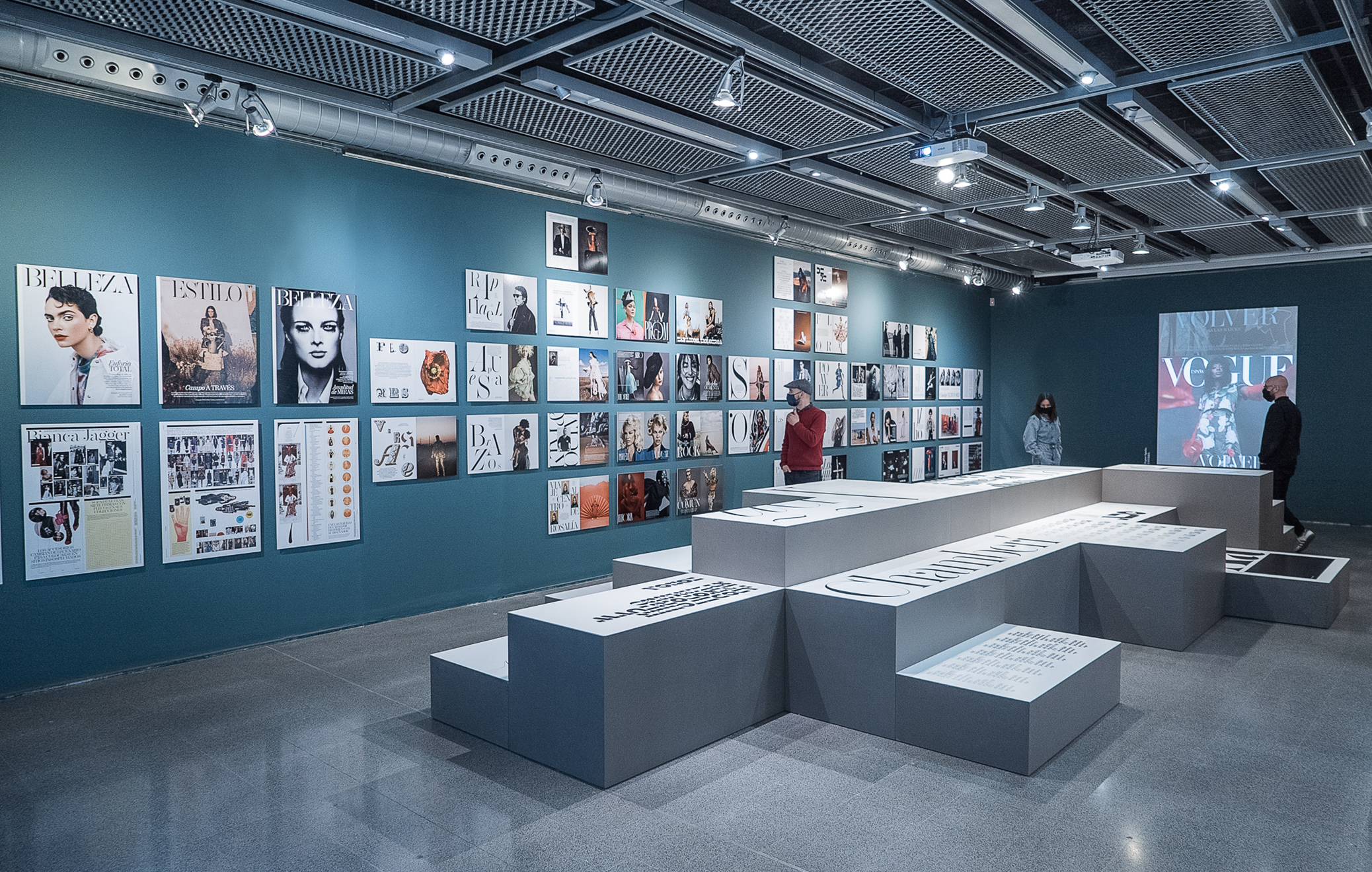 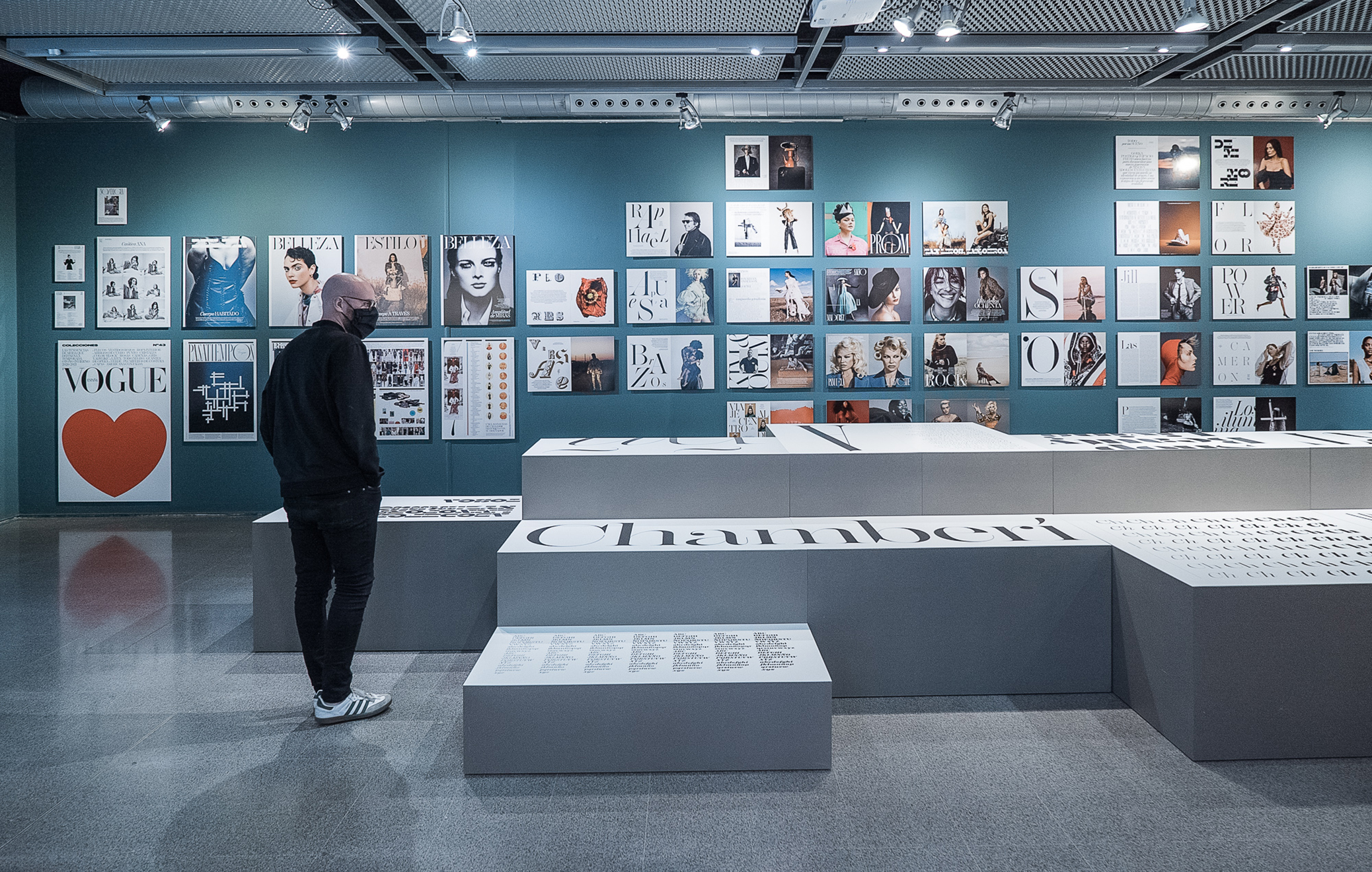 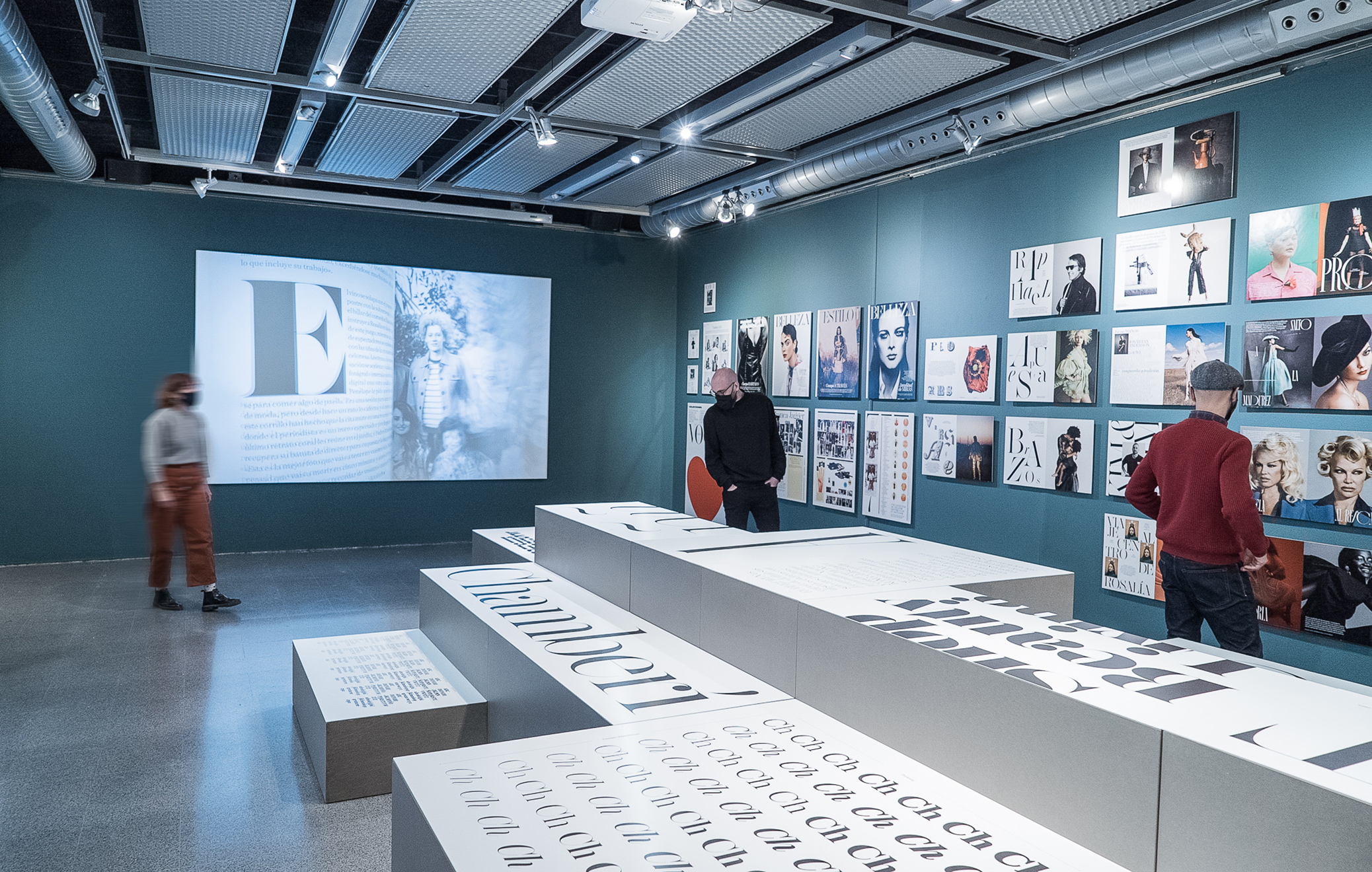 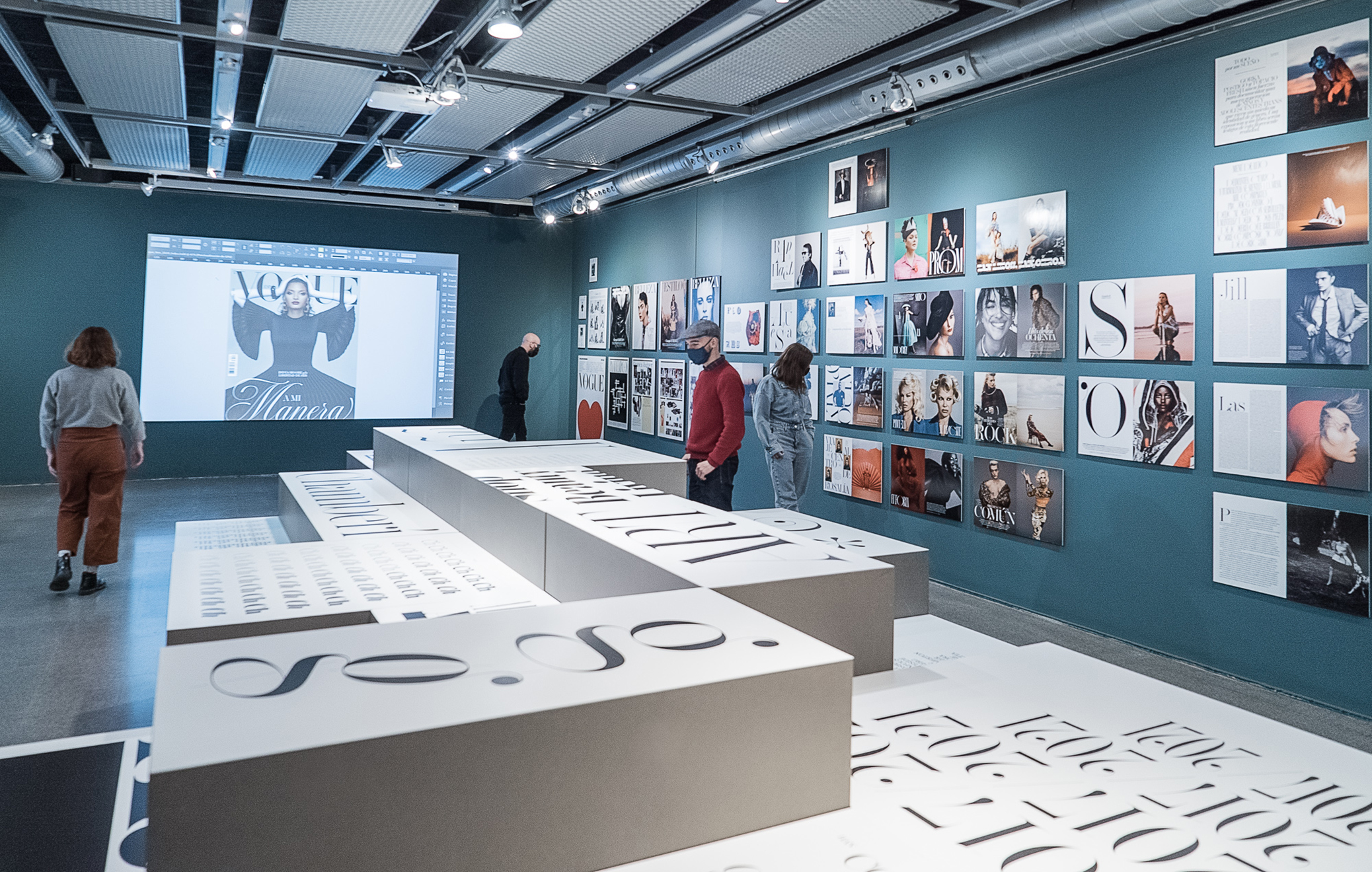 Views of Óscar Germade’s exhibition at the agora in Elisava